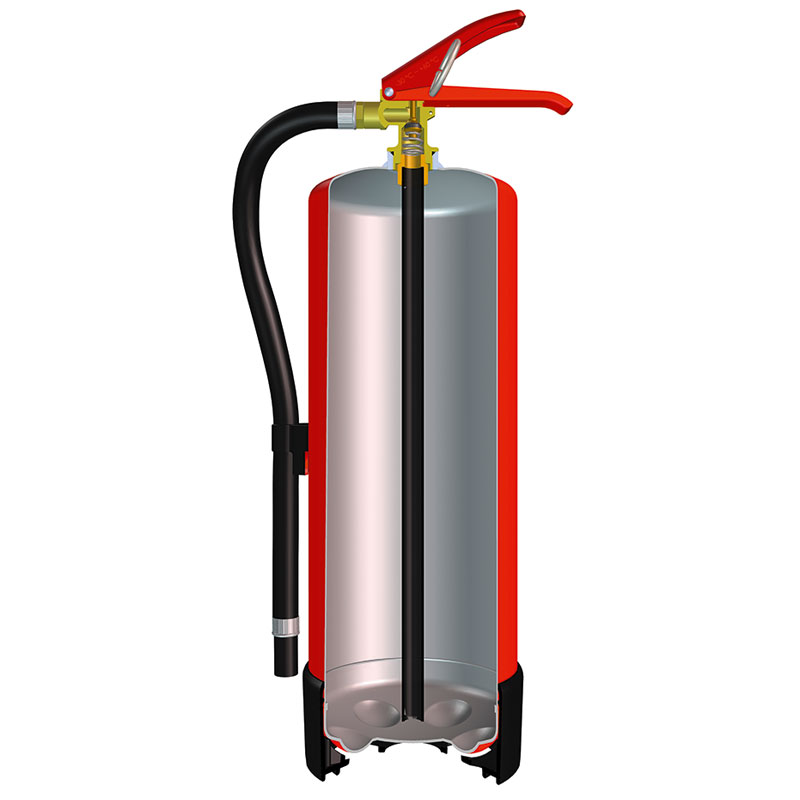 In the case of carbon dioxide fire extinguishers, the extinguishing agent is also the propellant gas.

The fire extinguisher is equipped with a safety valve, not shown, which relieves the tank when an impermissible operating overpressure is reached. 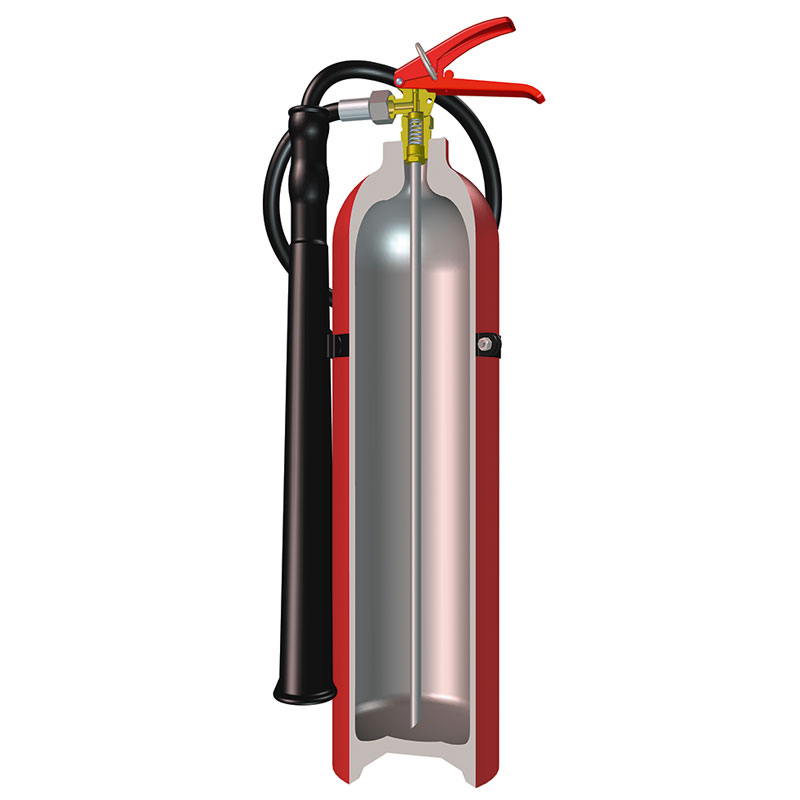