These DÖKA fire extinguishers are characterized by a high degree of safety and utility value. The sturdy tubular steel frame ensures good stability and excellent driving stability. For fixed connection between the chassis and steel cylinder brackets, which provide a secure grip even under severe transport stresses the steel cylinders provide. The tubing holder ensures the buckling and torsion-free set-up and removal of the hose line. In place of a ball valve, a valve deadman lever valve is used in order to prevent accidents caused by accidental leakage of carbon dioxide. All fire extinguishers in this series have long extinguishing lances to ensure a safe distance from the fire.

Carbon dioxide (CO2) is a colorless and odorless gas. It is about 1.5 times heavier than air and is contained in the air we breathe. It is popularly called carbonic acid and it is used for many other applications. The extinguishing effect of carbon dioxide is based on the sticking effect.

After extinguishing, carbon dioxide leaves no extinguishing agent residues, it evaporates completely without leaving any residues.

Question about this product?


such as petrol, paint, oil 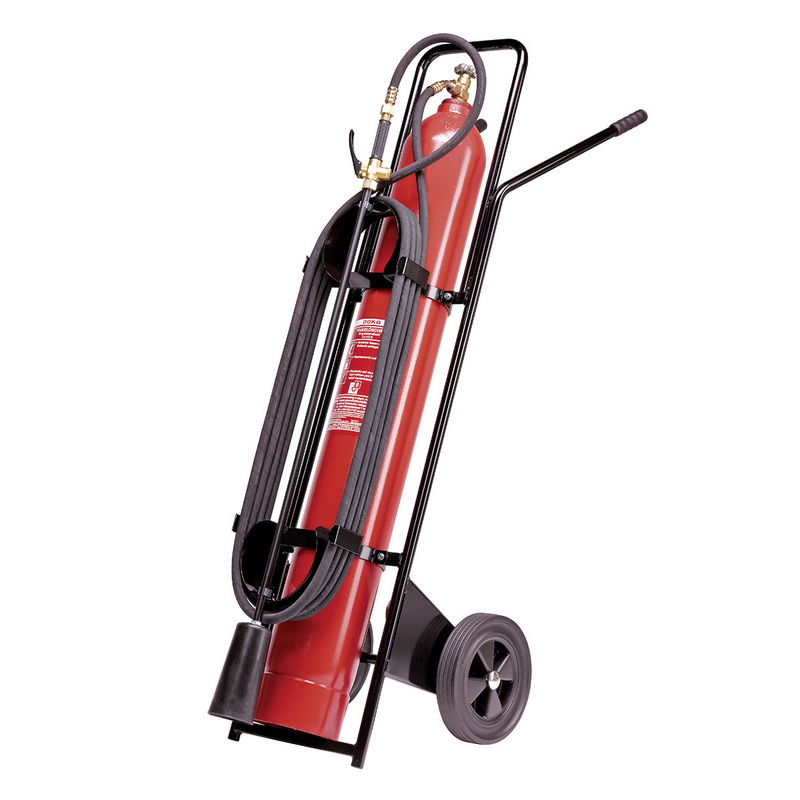